Smirnoff really over did themselves by creating an impeccable atmosphere for guests. The scene was intimate and sensational DJ’s like, Zeds Dead, What So Not, Claptone, and Anna Lunoe, rocked south beach with diverse genres catering to all tastes. 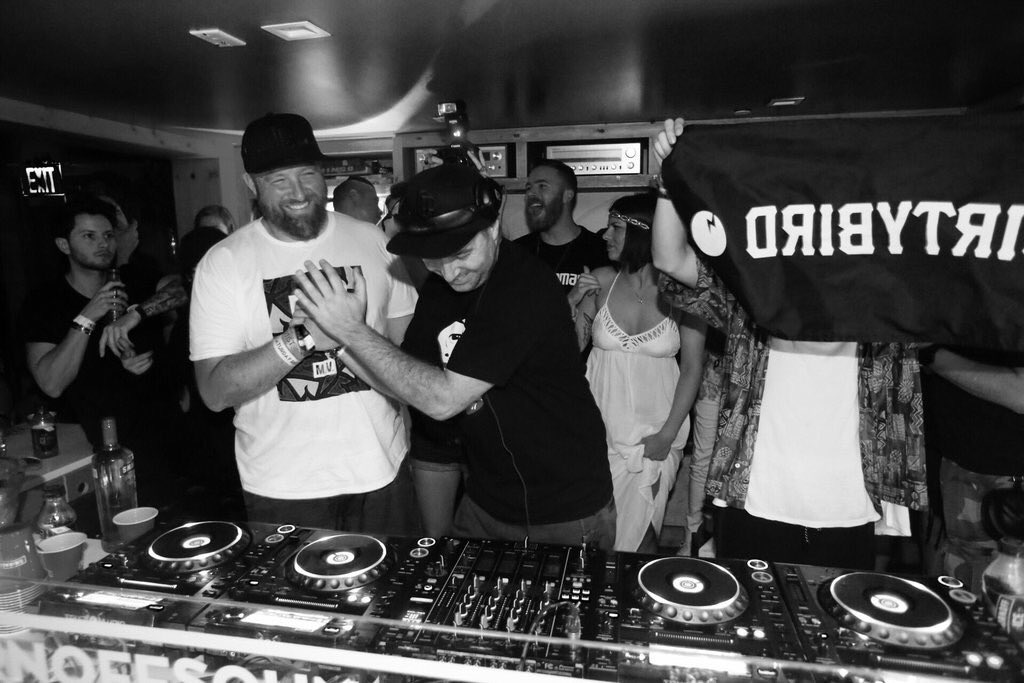 Claude VonStroke, Christian Martin and Justin Martin had the crowd raging wild with positive energy at the Dirty Bird party.  Smirnoff was flowin and booties were shakin into the early evening.  Dancing queen, Erin Everywhere, was as much of a performer as the men behind the decks!

Honey Dijon was just vibin to her music. Her flavor was chill and her set memorable.  Watch her Mixmag: The Lab Miami set below.

Gary Richards, aka Destructo, paired up with Smirnoff for an exclusive mixer. Invited guests got a chance to mingle and listen to new tunes, like Destructo’s “Chris Lorenzo remix”. Richards stopped to chat with Women of EDM’s A. Re about his pre-event routine. A smooth shave, fresh haircut, and a vodka soda are in his regimen. In regards to club occasions he says, “Just get there early so you can hear the music in the club and vibe out.”